Manitoba Hydro is actively planning the development of the 695-megawatt Gull (Keeyask) Generation Project on the lower Nelson River.

The Keeyask Generating Station would produce an average of 4,400 gigawatt hours of electricity each year and would be located about 725 km northeast of Winnipeg, where Gull Lake flows into Stevens Lake - about 35 km upstream of the existing Kettle Generating Station. Stevens Lake is a reservoir already for dams.

Keeyask would be Manitoba's fourth largest generating station. It would result in flooding of approximately 46 square kilometers of boreal taiga lands, and this area may gradually increase as a result of erosion.

The earliest potential in service date for the project is 2017 and the earliest date that construction is likely to begin is 2012.

The proposed site for the Keeyask Generating Station is located on the Nelson River, approximately 60 kilometers from Split Lake with an in-service date of 2017, under the current schedule. Keeyask is a smaller and faster dam to build than Conawapa.

In 2009, a ceremony was held in Split Lake to mark the official signing of the JKDA and outlined the partnership arrangements for the First Nation's participation. The Keeyask Cree Nations collectively have the right to own up to 25 percent of the partnership, with 75 percent remaining with Manitoba Hydro.

A comprehensive environmental impact assessment will be required to determine potential effects on the environment and people, mitigation develop follow-up monitoring programs. Studies of the existing environment, socio-economic and heritage resources started in 2007.

Public involvement will be conducted in three rounds of consultation before the process is complete. Currently at Round 1 of the Public Involvement Program, this stage includes project description and issue identification. 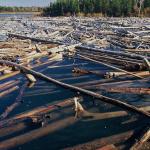 The questions below were asked in the workshop - with some additions for web site audiences. Participants included Councilors and members from four affected First Nations. Several of the community participants indicated that the questions asked by Manitoba Wildlands were also being asked by the communities in negotiations with Manitoba Hydro.

According to Manitoba Hydro's May 2008 Project Newsletter, planning and environmental studies have already begun as part of the preliminary project work.

No decision has been made to proceed with the project and Manitoba Hydro has not yet filed a proposal under Manitoba's Environment Act to seek regulatory review and approval for the Keeyask project. As part of the preliminary planning for Keeyask, Manitoba Hydro will be undertaking environmental impact assessment (EIA) studies, the results of which will be compiled in an environmental impact statement (EIS). Manitoba Hydro has been working with affected Cree Nations since 2001 to collect information that will be part of the EIA.

The EIS would be publicly available and submitted for review and approval under the Manitoba Environment Act and the Canadian Environmental Assessment Act (as well as other provincial and federal legislation where permits or licences are required for construction and operation).

Similar to the Wuskwatim generation project, Manitoba Hydro is currently negotiating an equity partnership with four First Nations - Tataskweyak Cree Nation (TCN), War Lake First Nation, York Factory First Nation and Fox Lake Cree Nation. TCN was the first community to enter into discussions with Manitoba Hydro, signing an Agreement in Principle in October 2000. The AIP outlines a basis for negotiating the Joint Keeyask Development Agreement (JKDA). The JKDA governs how the project would be developed and would set out understandings related to potential income opportunities, training, employment, business opportunities, and other related matters. Once finalized, support from the majority of the populations of the four Keeyask First Nations (through a formal vote on the JKDA) will be required as a condition of the Keeyask project to proceed.

In May 2001, TCN and War Lake First Nation signed a Memorandum of Cooperation and Understanding, which created the Cree Nation Partners (CNP). The purpose of CNP is to work together as partners to negotiate all matters with Manitoba Hydro related to Keeyask.

In October 2002, the four First Nations signed an agreement with Manitoba Hydro called the "Keeyask Negotiating Principles and Process", which outlines how negotiations will proceed. There are five contracts to be negotiated as part of the JKDA:

In November 2002, Manitoba Hydro provided the First Nations with a document entitled "Manitoba Hydro's Preferred Arrangements for the Development of the Keeyask Project". It was presented as an opening position, which could be negotiated.

According to Manitoba Hydro's May 2008 Project Newsletter,

The purpose of the Adverse Effects Agreements, with certain exceptions, is to fully address all past and future Keeyask adverse effects on the Keeyask Cree Nations and their members which arise from the development and operation of the Keeyask Project and are foreseeable with the exercise of due diligence as of the date of the signing.

Open houses were held in June 2008 in Gillam, Thompson, Winnipeg and Brandon as part of Round One of the public involvement program.

Separate formal consultations arising from the duty to consult with Aboriginal communities under Section 35 of the Constitution will also be required in order for the Keeyask project to proceed.

Follow Manitoba Wildlands' RSS Feeds
Energy Manitoba provides information on all types of energy production and related issues in Manitoba, Canada, and beyond.